Anjunadeep is an independent record label based in London, founded in 2005 by Above & Beyond and James Grant. Having begun life as an outlet for the deeper and more progressive end of the trio’s DJ sets, the label has grown into one of the dance music world’s most respected imprints, working with the likes of Dusky, Lane 8, Yotto, Way Out West and Cubicolor. The Anjunadeep Edition is a weekly 1 hour mix show hosted by the Anjunadeep family of artists. DJ EZ is an icon of the UK’s electronic music scene who is synonymous with UK Garage and Bass. He has a reputation as one of the most creative and technically gifted DJs on the planet for over 2 decades. From headline tours around the world to legendary performances at festivals from Glastonbury to Coachella - DJ EZ’s sets have wowed millions of fans. Online - he has garnered a cult following. His Boiler Room performances have exceeded 4 million views. He broke internet records with his legendary 24 hour set for Cancer Research. He is also no stranger to broadcasting with his first radio show airing in 1994 until his weekly slot on London’s Kiss 100 ended in 2014. After a 6 year radio hiatus - he is back with Nuvolve Radio - which will feature underground anthems from UK Garage, Bass and beyond. 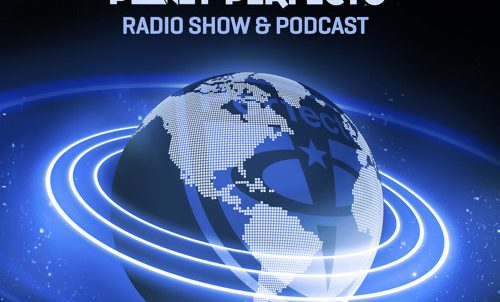 Since pioneering the genre in Ibiza back in 1987, Paul Oakenfold has remained one of the world's leading ambassadors of electronic music. His high profile work with the likes of Madonna, U2 and The Happy Mondays have made him a household name, but it's his legendary DJ sets to many millions of fans across the globe that have cemented his position as one of the most respected names on the scene. Planet Perfecto is a weekly two hour show with an innovative style and image unlike anything heard before, taking in every aspect of Paul Oakenfold's sound - from respected club DJ to Hollywood film composer. Expect huge club anthems, film soundtracks, hot material recorded from Paul's Planet Perfecto live shows plus debut appearances from fresh Perfecto signings.

Ultra Worldwide hosts the World's Premier Electronic Music Festival on 5 Continents... UMF Radio takes this excitement to the global airwaves. Every week the Ultra show offers stations across the globe the opportunity to broadcast explosive live performances as well as exclusive studio mixes from Ultra's key headline acts. Featuring two guests per week, UMF Radio's diverse line ups might see the likes of Avicii broadcasting alongside Andy C or Boys Noize next to Armin van Buuren, Above & Beyond with The Bloody Beetroots, Hardwell with Krewella or Afrojack alongside Carl Cox. Presented weekly by RioTGeaR, this is the ultimate mix show, featuring the world's most in demand DJs. No genre restrictions - just pioneering performances brought to you direct from the planet's hottest dancefloor.